"Being a leader" comes out of relationship with God and God’s people.

Without this Gifted leadership we will continue to be “tossed to and fro,” and we will never fully experience true “joined and knittedness.”

Of course, there are Gifts and leadership of various kinds in the Body of Christ (Eph. 4; Rom. 12; 1Cor. 12; 1Tim. 3; Tit. 1). Ephesians 4 not only talks about the maturity and depth of relationship possible in the Body of Christ, it also mentions the tools necessary to reach those ends:

“And He, Himself, gave some to be apostles, some prophets, some evangelists, and some pastors and teachers, for the equipping of the saints for the work of service, for the edifying of the body of Christ, till we all come to the unity of the faith and the knowledge of the Son of God, to a perfect man, to the measure of the stature of the fullness of Christ; that we should no longer be children, tossed to and fro and carried about with every wind of doctrine, by the trickery of men, in the cunning craftiness by which they lie in wait to deceive, but, speaking the truth in love, we might grow up in all things into Him who is the head—Christ—from whom the whole body, joined and knit together by what every joint supplies, according to the effective working by which every part does its share, causes growth of the body for the building up of itself in love” (Ephesians 4:11-16).

Without this Gifted leadership (apostles, prophets, evangelists, pastors and teachers), we will continue to be “tossed to and fro,” and we will never fully experience true “joined and knittedness.” That’s very different, though, from what happens in the normal church-world thang. An “official this or that” is NOT God’s Way. And YES, it MATTERS! Titles are forbidden by Jesus Himself. This, in itself, is one test of the “authenticity” of God’s kind of leadership versus man’s kind of leadership.

The leaders of the Church are those who are walking most closely with God TODAY.

In countries all over the world, we have all made a very big mistake about leadership in the Church. In many places the person who studies the Bible in seminary or bible schools, or a good businessman or speaker, gets to be the leader or the “pastor.” We have seen in India and other countries, many times, that the person with a bicycle who can also read is chosen to be the leader. This is not God’s way! God’s leadership is not based on who can read, or who knows the most, or who can speak the best, or who has the best business experience, or who has wealth or education or charm or good looks or a bicycle.

Let me describe to you two very different kinds of leaders. One is a leader from the heart, out of a current relationship with God. Another is a leader by position who may have a title and may be the official “head person,” the official boss. Jesus said that a leader by position must not be so. The leaders of the Church are those who are walking most closely with God TODAY. If a brother or sister is not walking closely with God today, he may not be considered very much of a leader. If a person last week perhaps was not so close to God but has repented of the sin in his life and now is better able to hear God, he is more of a leader this week than he was last week. “Being a leader” comes out of relationship with God and God’s people. It is not out of an office or a title. We have many leaders in the city where I live, but we have no “officers.” A leader this week may not be a leader next week. Jesus said all authority in heaven and on earth belongs to HIM. This is still true. So, as much as we can hear Jesus, who has all authority, that’s how much authority a man has—only as much as he can hear Jesus. That’s all. “ALL authority in Heaven and on earth” belongs to Jesus, He said. A person who does not know or obey Jesus can only be a “figurehead.” Such a person may need to be obeyed as far as conscience allows, if they have a “position,” but they are only a “leader” in as far as they know, love, and obey the Head, Jesus.

A true man of God has no position... he has influence.

There is actually an example in the Bible of these two very different kinds of leaders. Samuel and Saul were both leaders of God’s people, Israel. Samuel was a man of God who had influence in the nation because he knew God. Samuel had many of the qualities of a king in Israel—but Samuel wasn’t a king! However, Saul was called a king. Israel wanted to have a king—they wanted to have one man be the boss. They wanted someone to replace Samuel, and they wanted a “king” like the nations around them. In some ways the leadership might look similar, but Samuel did not have a “position” of authority. Samuel functioned out of his relationship with God, and Saul functioned out of his position/office. Samuel had no office, secretary, nor salary. He was not in a “staff position” as king. Samuel was just a man of God who was respected as much as a king, but he had no office or position. He was not a king. He was not a “pastor.” He just loved God with all his heart. And because he could hear God, he had influence. He had no position...he had influence. If a man truly knows God, he will help God’s people. If he is called by God, he will be helping people. I will say it again: a true man of God has no position... he has influence. Job, chapter 29, is a description of a man respected by God and men, and feared and hated by satan. Such a man needs no office or title or salary. If you are like Jesus, you will need no “power.”

As for Elders and Deacons, you will notice in the Scriptural Record that: 1) The qualifications are seldom met in our day and age (See 1Tim. 3 and Tit. 1), and never should a man be considered a shepherd/overseer/elder or a deacon/servant without meeting Biblically-mandated qualifications, of course. 2) Elders were never put in place by a congregation or vote, at any time in the Bible. 3) Elders were never put in place in any congregation at the early stages of a church’s Life together, but only after men had proven themselves to be already functioning as shepherds and teachers and fathers (1Jn 2:13) amongst God’s Family. Paul would leave a new group of Believers without overseers and come back and appoint those who were already being shepherds, out of love, gift and maturity. There were no “elders” in Jerusalem for probably a decade after the church had begun there. In the Scriptures, elders/shepherds/overseers and servants/deacons are not a “church institutional office,” as they are often done today.

The proof of any gift is in the fruit that it bears.

So, you’re a carpenter? Then make chairs. You have the gift of shepherd? Then love people—feeding them, protecting them, and helping them. This is true for any gift! The proof of any gift is in the fruit that it bears.

The opposite of all this is also true, of course. It’s an amazing fact that pagans in science and medicine and industry actually demand that those with opinions and critiques and self-proclaimed “expertise” have something to show, some fruit in their own lives, to demonstrate that they have a right to pontificate or lecture or condemn others. In the religious world, amazingly, there is far less integrity than even the pagans demonstrate. In religion, however, people are often far more blind and prejudiced. Criticism, expertise, judgments, and even relationship sabotage and slander flow easily from those with terrible fruit in their lives, families, and assemblies. Utterly amazing, but true, if you watch man’s religion carefully and honestly. A person who does such things as lie or slander or act like an expert in engineering, or medicine, or business can actually be imprisoned. But, in religion they easily can gather an audience amongst the fearful or naive or those who can be coerced, blackmailed, or flattered into submission to the unfruitful machine and “experts.” Weird, but true. It happens all the time, because that’s how faulty empires keep their numbers. Fear and flattery, gossip, innuendo, slander, or emotional blackmail. No wonder Jesus didn’t do well in the accepted religious world of His day. But, we can learn from Him and embrace the Scripture, and look for Fruit, not hear-say with agendas and hidden skeletons, budgets, and egos to protect. 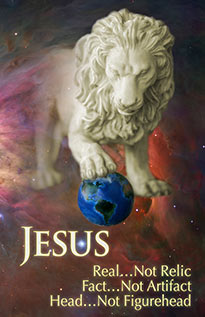